A former Labour press secretary and speechwriter who worked under late Prime Minister Mike Moore says that it’s far from certain that the lockdown solution is the best response to Covid-19 – and we should be questioning the government’s response to the pandemic much more vigorously.

Mark Blackham, now director of Wellington public relations firm Blackland PR, told the Democracy Project podcast that “the reaction from the chattering class, the ruling elite and from the media is that this [the lockdown] was the only option that was possible, as if questioning it would be a very dumb thing, it’s the only option we’ve got.” 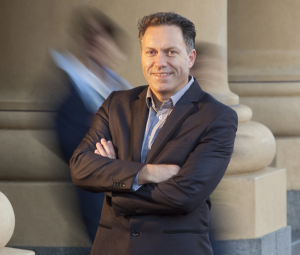 “We had other options, we could have sent home every one of the immunocompromised people, anyone who’s at risk, because it’s clear, absolutely clear, that pre-existing conditions makes you susceptible to this disease….why aren’t those people staying at home while everyone else carries on working? While we use the workforce to serve those people, use our profit, the surplus of society, to serve those people who are at home and isolated?”

Blackham told the Democracy Project podcast that the current ‘lockdown’ solution being pursued by many countries around the world came primarily at the expense of the working class. They were “bearing the brunt” of the coronavirus pandemic in two ways, Blackham said. Working class people were still going out to work in essential industries, exposing themselves to greater danger, but were also the group whose jobs were normally impossible to perform under a ‘work from home’ model.

Blackham has also written an opinion piece for the Democracy Project on how the working class has been treated in the pandemic.

“The people we need in society, that hold us together, the glue, the mechanics of our society, are the working class…what a soft middle-class society we’ve got, where the main talking point in the first couple of weeks was ‘work from home’.

And Blackham was also critical of what he sees as an unquestioning approach by elites towards the government’s response.

“The media and the ruling class, who consider themselves as smarter than the general public, didn’t question any of it. It’s remarkable to me.

“I don’t profess to be an expert. But what I am able to do is analyse and to be rational, to be logical, to try and assess. And there’s no questioning going on at all. And I find it remarkable that scientists and so-called experts are not offering any critique of any of this, it’s remarkable and that’s not good science, that there’s no questioning.”

Blackham also said he was detecting an increasingly authoritarian streak to the government’s ‘Unite against Covid-19’ response plan.

“I think there is a sense that when [Police Commissioner] Mike Bush turned up, that an adult had come into the room. You could kind of see that that’s what he was thinking, that he could control the situation. Well I don’t really feel quite that way about the state’s control over me. The state can’t stop me from walking to the beach and going for a swim. The state’s domain finishes somewhere.”

Mark Blackham believes that a better balance needs to be struck between the medical response to the Covid-19 pandemic, and social and economic priorities.

“I’m not saying that we just carry on as normal. I think there is a health response which requires some practices to change, which is going to reduce transmission. But it’s a whole world of difference, the policy response around shutting down businesses and shutting down our lives, that you can’t go for a very long walk into the wild, into the wilderness. I’m afraid as individuals, I think we can. And it is right to be able to question that, we must question it.”