I’m a freelance German to English translator based in New Zealand. This is my personal blog. For translations, please see my business website, Geoffrey Miller Translations.

My other main role is as an international analyst with the Democracy Project, an initiative hosted by the Victoria University of Wellington.

I am a native speaker of English and I also understand German very well. I also learn and speak other languages to varying abilities, including Spanish and Swedish. My main focus now is on learning Arabic and Russian.

I host the YouTube political video series in Arabic called Dateline New Zealand. You can watch the first video from April 2021 on New Zealand’s relations with the Middle East (English subtitles are available by clicking the ‘CC’ button). I also recorded another video in Arabic in October 2020 which previewed the New Zealand General Election.

Together with Mark Blackham of Blackland PR, I am the co-author of the MP careers study which is updated after each New Zealand General Election. 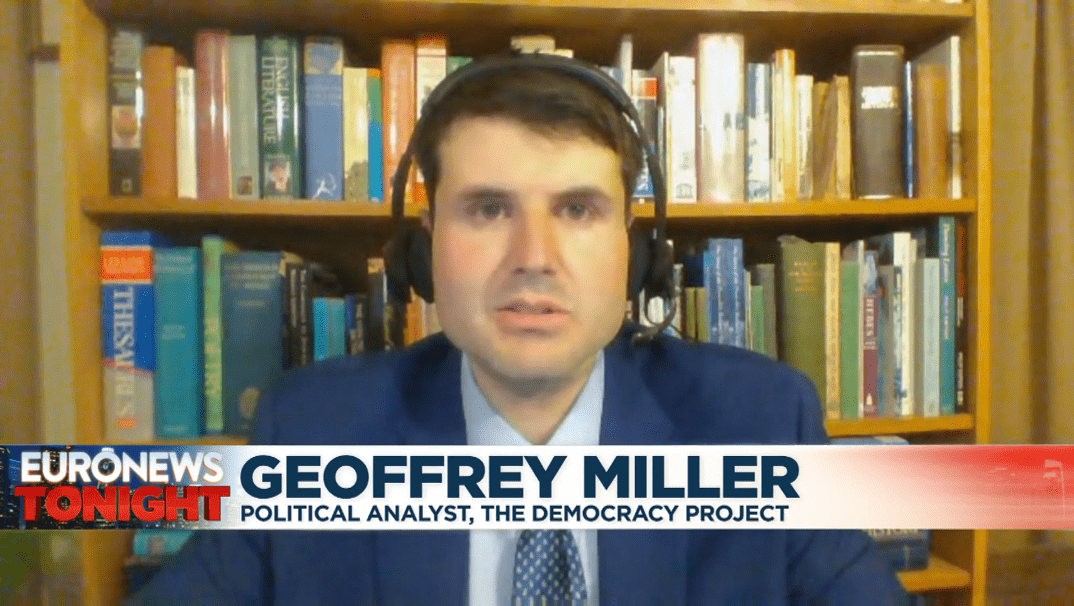 Items authored or co-authored by me are marked with two asterisks (**). Other items reference or quote me.

9/11 anniversary: Twenty years on, is al-Qaeda on the verge of a resurgence? (Newshub, 11 September) 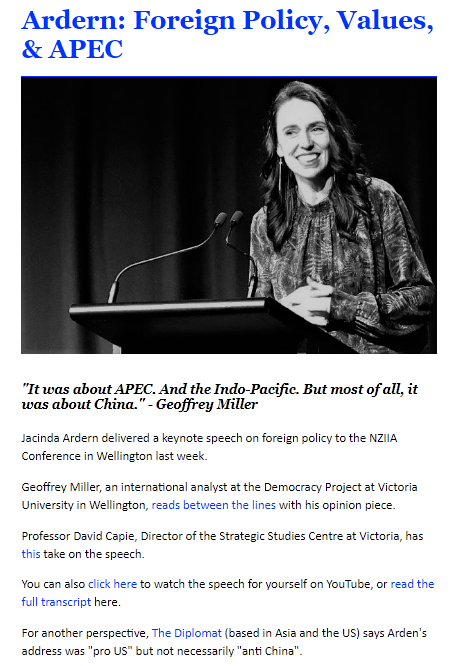 Asia Digest e-mail newsletter (from the Asia Media Centre/Asia New Zealand Foundation, links and summaries to my articles in newsletters published on 5 May and 9 June) 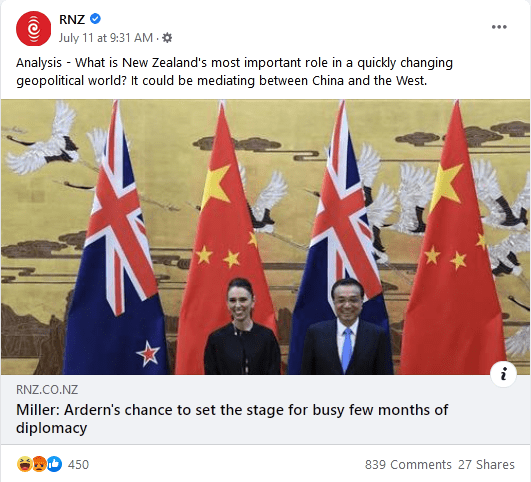 **NZ could play mediating role in Gaza conflict – but does it want to? (Democracy Project, 17 May, also republished by the New Zealand Herald, Newshub (also Newshub Facebook post) and Radio New Zealand)

New Zealand ‘shadow boxes’ over Xinjiang amid pressure to speak up (Nikkei Asia, 7 May) 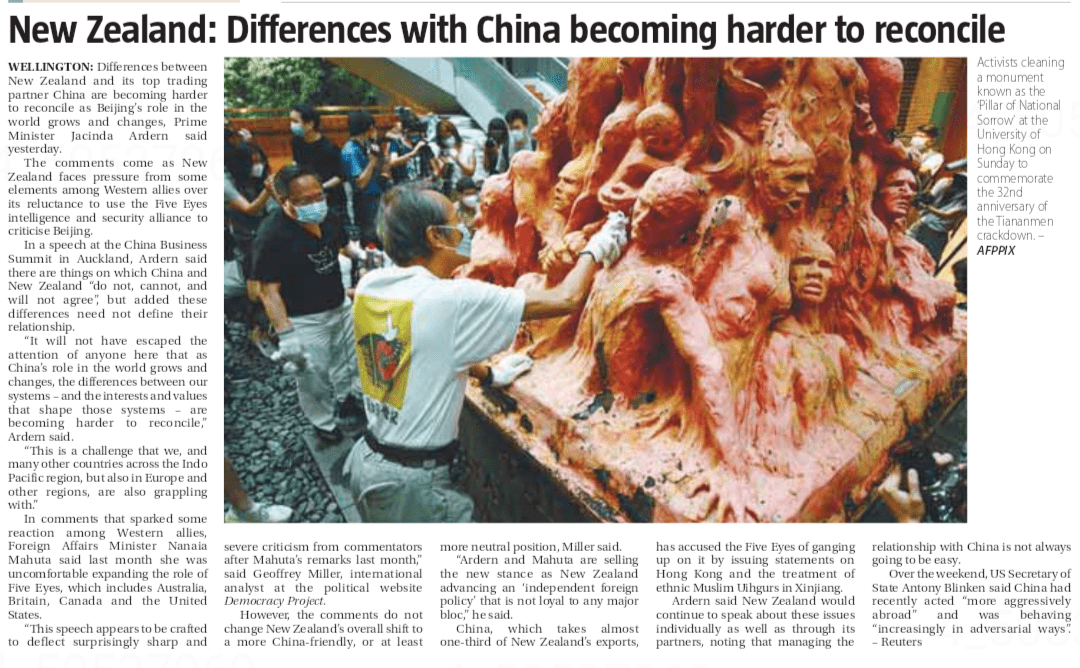 Raising the ghost of Helengrad: Big Govt is back (Sunday Star-Times, 14 March)

Kiwi MPs Among The “Most Educated In The World” (Scoop, 20 February), 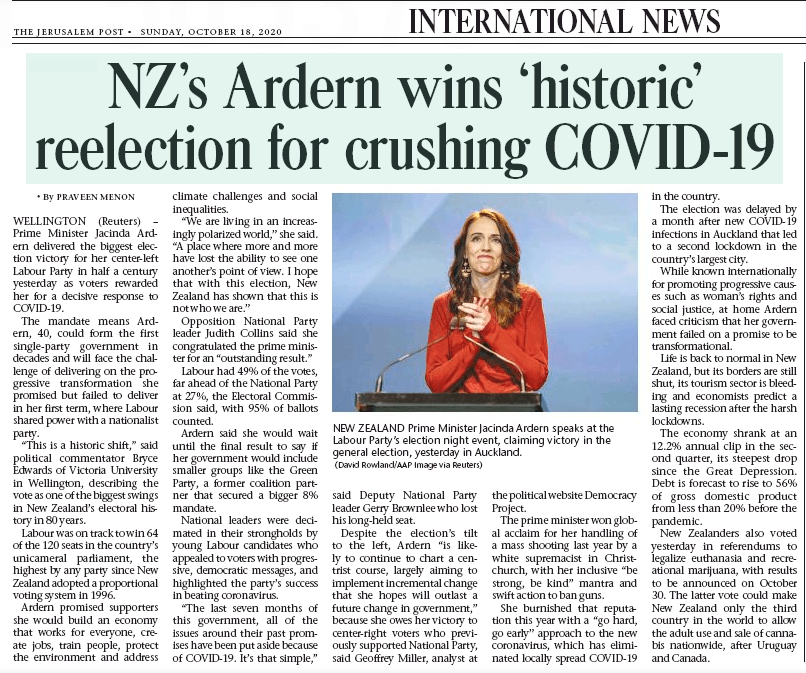 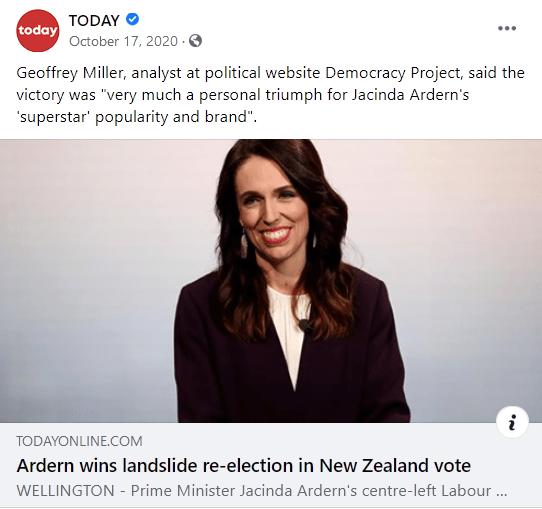 What your job says about you (Blackland PR, 4 November)

A breed apart? MPs are now birds of a different feather (Dominion-Post, 23 October)

Young voters are looking for substance (Your NZ, 14 June) 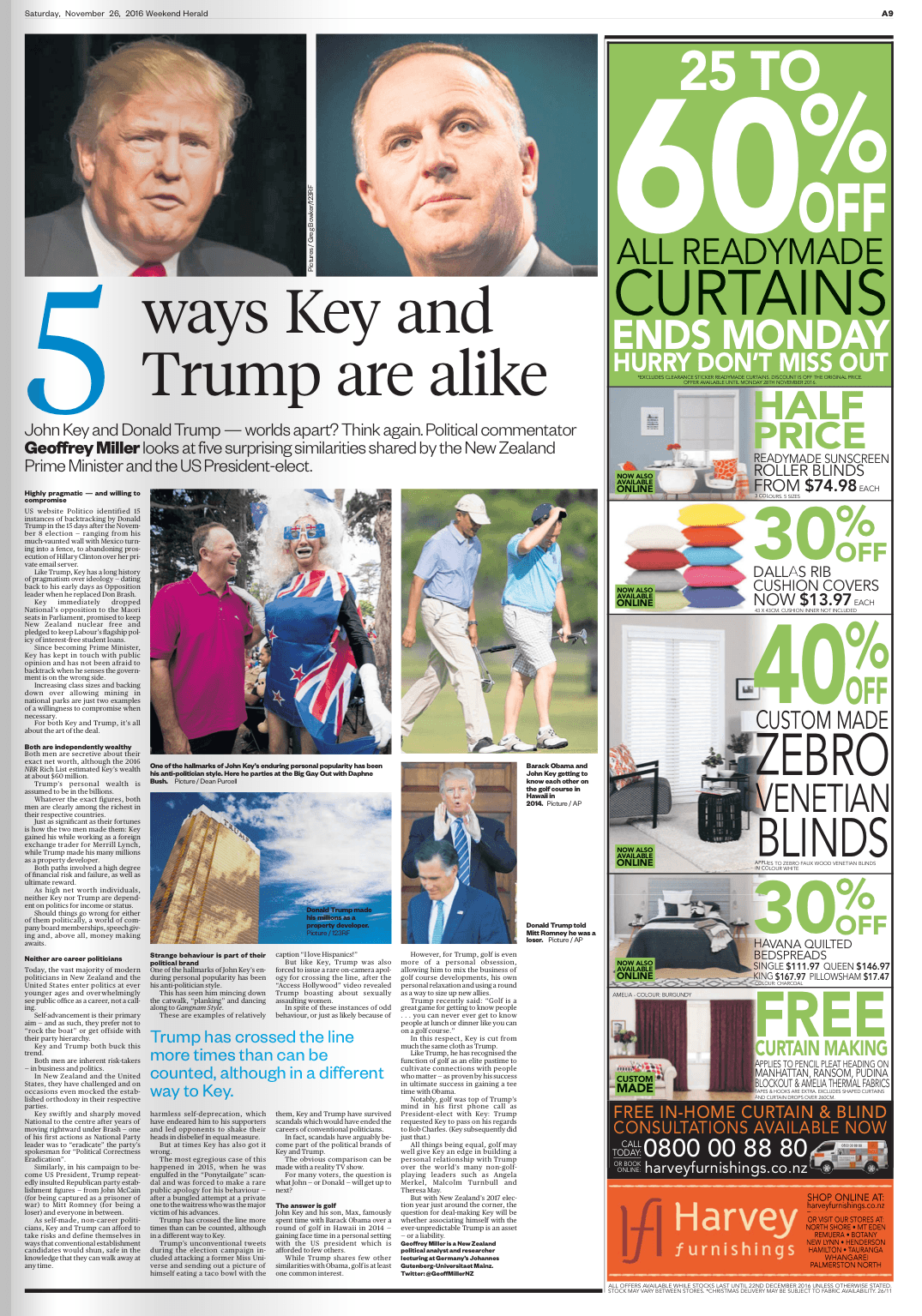 All the Kiwis who got the US election result wrong (Kiwiblog, 2 December)

**Is New Zealand ready for its own Donald Trump? (Herald on Sunday, 24 April)

What did MPs do before Parliament? (NZ Herald, 20 April) 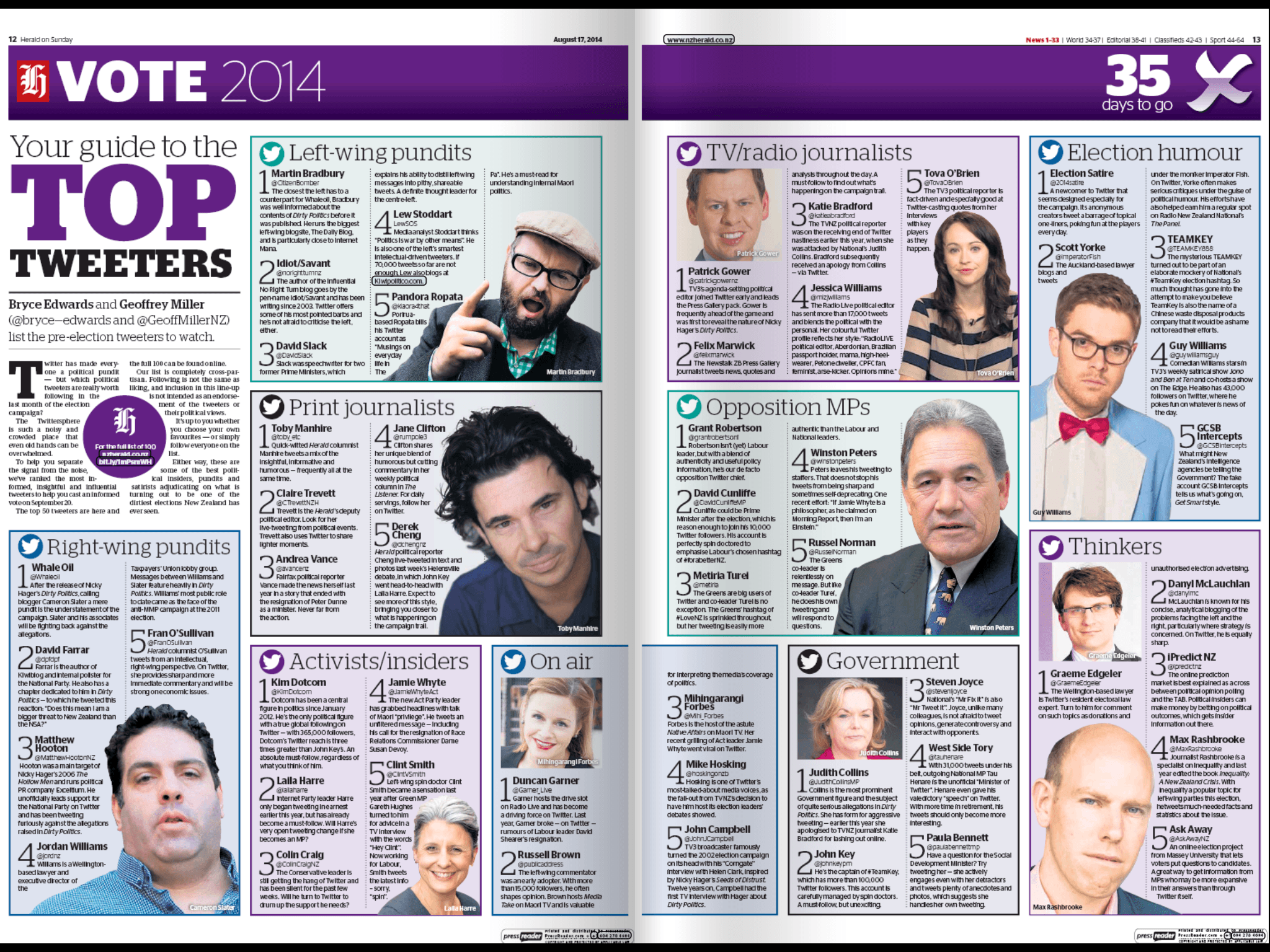 **The Downfall of Kim Dotcom (The Diplomat, 6 October) 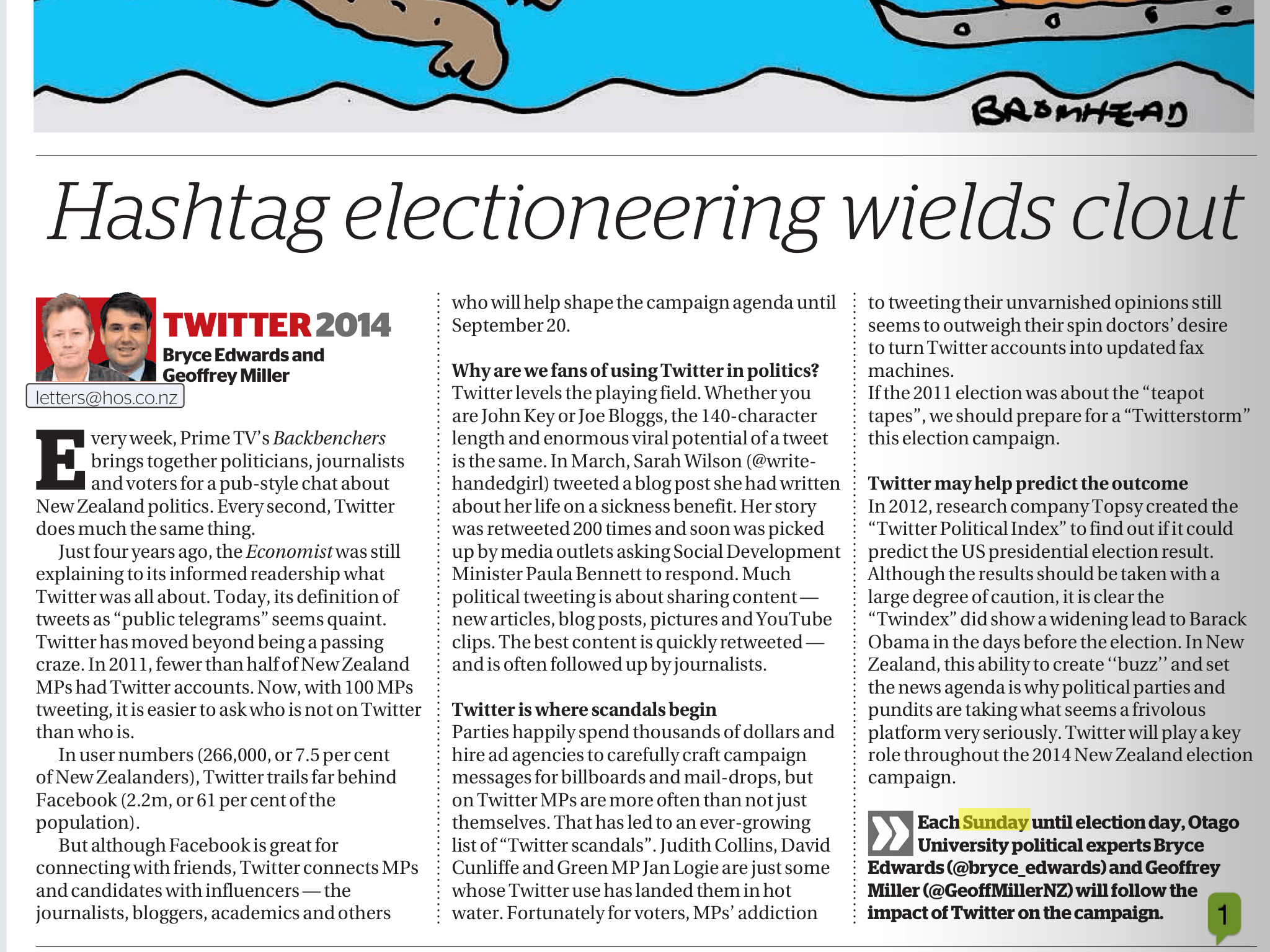 **Top 100 tweeters to follow this election (Herald on Sunday, 17 August)

**Twitter 2014: Satirists are quite the characters (Herald on Sunday, 3 August)

**The debate about a debate, and media bias (NZ Herald, 25 July) 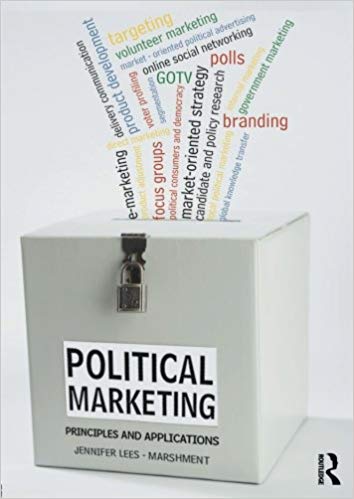