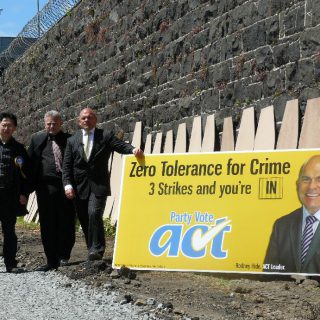 This blog post was originally published at Liberation The case against Heather Roy The Heather Roy conspiracy supposedly climaxed with her speech to Act’s annual conference in Wellington at the end of last month where supposedly the knives were still out for party leader Rodney Hide. The political commentator at...