Over the past 30 years, ministerial responsibility for New Zealand’s foreign affairs has changed hands remarkably rarely. Since 1990, just four individuals have dominated the portfolio – Don McKinnon (1990-1999), Phil Goff (1999-2005), Winston Peters (2005-8 and again from 2017 to 2020) and Murray McCully (2008-2017). Only two others have held the role, and then only very briefly – Gerry Brownlee (for five months after McCully retired in 2017) and Helen Clark herself (in 2008, after she stood down Winston Peters from the position).  By contrast, over the same 30-year period, New Zealand has had no fewer than 12 different health ministers.

Against this background, yesterday’s appointment of a brand new foreign minister would be newsworthy enough in itself. Of course, the apparently surprising choice of Nanaia Mahuta for the role – New Zealand’s first woman and second Maori to hold the portfolio – has brought even greater interest in Jacinda Ardern’s choice.

Green foreign affairs spokesperson Golriz Ghahraman tweeted: ‘Decolonising our voice in foreign affairs is exciting. We should stop and think about what it means that this is only the first time ever a woman, and a strong wahine Māori, holds this portfolio. I can’t wait to congratulate and work with @NanaiaMahuta on global issues’. At the other end of the spectrum, economist Michael Reddell was harsh, describing the decision as ‘the worst, most underwhelming, appointment to that job since Muldoon gave Warren Cooper the role‘.

Whatever their view on the decision, few could deny that Nanaia Mahuta’s appointment came as a surprise. Why was she chosen? One factor that may have played a major role in Jacinda Ardern appointing her to the foreign affairs position is that she is one of Labour’s most experienced MPs and ministers. Mahuta has been an MP since 1996 and only Trevor Mallard (now Speaker) has served as an Labour MP for longer. Indeed, Mahuta is one of the few remaining Labour MPs who also served as a minister under the Fifth Labour Government headed by Prime Minister Helen Clark. From 2005 onwards, Mahuta held the ministerial portfolios of Customs, Youth Affairs and later Local Government, and was also given associate roles relating to the environment, tourism and housing & urban development. 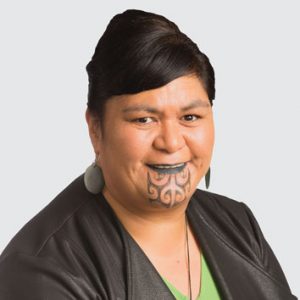 More recently, a look at Mahuta’s press releases issued over the past three years suggests that she has been very active in working with key stakeholders behind the scenes in both her Maori Development and Local Government positions. With networking and relationship-building also being such a key part of the foreign affairs portfolio, Nanaia Mahuta will be well-served by her previous ministerial experience, despite it appearing to be unrelated. Moreover, since mid-2019 Mahuta has also held the associate trade portfolio, a position in which she has quietly established relationships in the relevant Wellington diplomatic circles.

Indeed, one outward sign of Mahuta’s investment in relationship-building paying off came in the large number of genuine well-wishes and joint photographs that foreign diplomats in Wellington shared after the announcement of her appointment. For example, US Ambassador Scott Brown tweeted a photo of himself with Mahuta, adding ‘my team looks forward to working with you and all the Minister-designates to continue strong US-NZ ties’. And British High Commissioner Laura Clarke tweeted her “huge mihi and congratulations to Nanaia Mahuta”. Similar public congratulatory messages, often with photographs, were tweeted by many other Wellington-based diplomats or foreign missions, including by the EU Ambassador Nina Obermaier, Mexican Ambassador Alfredo Pérez Bravo, Chilean Ambassador Rodrigo Espinosa and the embassies of Cuba and Kuwait.

Congrats to the New Zealand Ministers-designate announced today! Congrats also to @NanaiaMahuta on being the first woman appointed NZ’s Minister of Foreign Affairs. My team looks forward to working with you and all the Minster-designates to continue strong U.S.-NZ ties 🇺🇸 🇳🇿 pic.twitter.com/uxDtVScYx4

Next chapter strengthening 🇪🇺 – 🇳🇿 relations across the board! Congratulations @NanaiaMahuta to your appointment as Minister for Foreign Affairs! https://t.co/eInaFr6e7Y

Internationally, both CNN and Al Jazeera gave particularly prominent attention to Nanaia Mahuta’s appointment on their English services, with CNN also tweeting its report via its widely-followed ‘Breaking News’ account. The outlets also translated their reports for their respective Arabic and Spanish editions. In Spain, major national daily ABC published an in-depth profile of Nanaia Mahuta, while the Dominican Republic’s Diario Libre called the story ‘viral’ when it reported the news to its 1.2m followers. German outlets, such as public broadcaster ZDF and the broadsheet Frankfurter Allgemeine Zeitung, gave particularly strong coverage to the appointment. Germany’s biggest tabloid newspaper, Bild, reported on the story with a typically crude headline: ‘Why does the foreign minister have a tattoo on her chin?’

The end of ‘outsourcing’ foreign affairs

Domestically, some of the interest in Nanaia Mahuta will also be driven by the recent rarity of a Labour foreign minister. Remarkably, Mahuta is the Labour Party’s first foreign minister in 15 years – and only its second appointment since the turbulent 1980s, after Phil Goff. In the final term of Helen Clark’s administration – and in the first term of Jacinda Ardern’s one – Labour effectively ‘outsourced’ its foreign policy (and in the last term, defence as well) to New Zealand First and its leader Winston Peters, who took on the role of foreign minister. While in theory Peters was merely implementing the will of Cabinet, in practice he was given an unusually wide degree of latitude to shape New Zealand’s foreign policy direction – and particularly so during Ardern’s first term as Prime Minister.

One reason for Peters’ particular dominance may have been Labour’s approach to foreign policy while in opposition from 2008-17. During this period, the foreign affairs role was passed around various spokespeople – Maryan Street, David Shearer, Phil Goff and finally David Parker – without a comprehensive foreign policy blueprint for a new government ever being developed.  Indeed, the fact that Parker maintained several other weighty portfolios suggests that it was most likely simply assumed that Labour would be forced to hand over the foreign affairs role again to Peters as the price of governing. In any event, the end result in 2017 was Peters largely receiving a blank canvas as foreign minister, which the New Zealand First leader used to his advantage.

Indeed, in policy terms, picking up where Winston Peters left off will arguably be Nanaia Mahuta’s biggest challenge. Strategically, she needs to find her own way of navigating the geopolitical tightrope that New Zealand walks in its relationship with China and the United States. Winston Peters was well-known over many years for his wariness of New Zealand’s relationship with China. In his first term as foreign minister from 2005-2008, this was illustrated most clearly by his opposition to NZ’s free trade deal with Beijing that was signed in 2008, despite being foreign minister – a stance that was permitted by then PM Helen Clark, who handled the agreement herself.

But Winston Peters’ more sceptical position on China – and his much more America-friendly tone – was just as evident and perhaps even more deeply-held during his most recent term as foreign minister under Jacinda Ardern. In his first major speech as foreign minister in early 2018 called ‘Shifting the dial’, Peters called for New Zealand to have a ‘new, re-energized Pacific strategy’, in what he called the ‘Pacific Reset’. The speech and shift to an ostensible Pacific focus soon became Peters’ landmark policy – and was accompanied by a major boost to funding and staffing of New Zealand’s foreign ministry in the 2018 budget.

While Peters never mentioned China by name in that initial speech, his motives became, at least in diplomatic terms, unusually overt on a trip to the United States in December 2018, when he stated: ‘The significant focus of our visit to Washington is to share our concerns and enlist greater US support in the region closest to New Zealand’. More widely, the cooling of New Zealand’s relationship with China was also evident at a Prime Ministerial level. Jacinda Ardern’s invitation to visit Beijing was repeatedly delayed, as was an ‘upgrade’ to New Zealand’s free trade agreement.

With the Pacific Reset now firmly in place and a recurring theme throughout New Zealand’s policy documents – at both the Ministry of Foreign Affairs and Trade and in the Ministry of Defence – a complete reversal by Nanaia Mahuta of the strategy implemented by Winston Peters would be very unlikely. Rather, we might see a more subtle shift that interprets the Pacific Reset in a different, perhaps slightly softer way. In practical terms, this could include a greater focus on working with China in the Pacific region wherever both Wellington and Beijing share a common interest, or perhaps a re-interpretation of the Pacific Reset with a more cultural-driven focus and less of an overtly political one.

With Nanaia Mahuta so far keeping her cards close to her chest in terms of policy, the first outward signals of how Labour will use its new mandate in foreign affairs  may come in the minister’s choice of destinations for her first rounds of international travel.

But immediately after being sworn in, the first challenge facing Nanaia Mahuta may well stem from being a new foreign minister during a pandemic. While Mahuta’s counterparts around the world currently share this difficulty – a large part of any foreign minister’s usual role is necessarily travel – the challenge in Mahuta’s case is made even trickier given New Zealand’s size, location and own particular Covid-19 elimination strategy. As a relative newcomer to the diplomatic circuit, Mahuta will need to establish initial relationships on a virtual basis, rather than in person.

But while it may be tempting to suggest that in-person meetings can and are being successfully substituted with video conferencing all around the world, in practice there is no area where face time matters more than in diplomacy. The new foreign minister may well have to travel, regardless of New Zealand’s own coronavirus situation. Indeed, travel at foreign minister level has resumed elsewhere, albeit on a more limited basis than before the pandemic. In the Middle East, US Secretary of State Mike Pompeo has been a frequent visitor over recent months with the Trump administration’s push for peace deals between Israel and a number of Arab states. And closer to home, Australian foreign minister Marise Payne has made several trips abroad this year, travelling to the US for annual bilateral talks in August, and to Japan last month to attend a quadrilateral summit with counterparts from India, the United States and Japan itself. On returning to Australia from both visits, Payne quarantined for a fortnight, in line with Australian restrictions.

With New Zealand’s quarantine requirements currently mirroring Australia’s – even for diplomats – Nanaia Mahuta’s international travel will need to be planned particularly carefully. Adding to the complexity is the fact that New Zealand foreign ministers have traditionally travelled chiefly on commercial flights. These have reduced in number during the pandemic and may now be less practical, especially given that any infection in transit would be likely to completely jeopardise a foreign tour.

As a reminder of what New Zealand’s diplomacy before Covid-19 took hold looked like, Winston Peters’ last major international trip as foreign minister was to India in February, when he led a major New Zealand business delegation alongside then trade minister David Parker. The multi-day trip accompanied the launch of a major new ‘India strategy’ by New Zealand and involved a series of high-level meetings with Indian counterparts and business leaders, drawing significant attention from local media.

For Nanaia Mahuta, this kind of foreign visit may have to wait.