A New Zealand academic specialising in Latin America believes that NZ’s relationship with Latin America will remain strong, even if direct flights do not immediately resume to the continent after the immediate coronavirus crisis subsides. 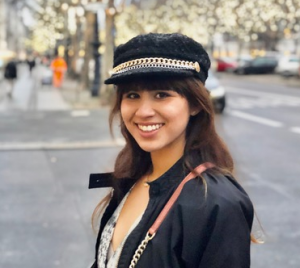 Nikita Kent, a Victoria University of Wellington graduate who studied in Peru and recently completed a UN internship in Chile, told the Democracy Project podcast that the NZ-Latin America relationship would continue even without direct flights to the continent.

Until last month, Air New Zealand operated a non-stop Auckland-Buenos Aires flight that started in 2015, while LATAM Airlines flew from the Chilean capital, Santiago, to Auckland. LATAM had reduced service into Auckland even before the coronavirus crisis, choosing to fly more direct flights to Australia instead.

Kent says that the NZ-Latin America relationship was growing strongly.

“We share a lot of similarities in terms of the Maori/indigenous population and some of the indigenous populations in Chile and Peru. There’s a lot to be shared and I hope that this relationship won’t stop because of the coronavirus. I don’t see any reason for it to stop.

“The [Latin America] Centre for Asia-Pacific Excellence in New Zealand [based at Victoria University of Wellington] has been doing a really good job at maintaining a good bilateral relationship in education.”

Nikita Kent told the Democracy Project podcast that Peru’s response to the Covid-19 pandemic had been rapid and had left the country in a better position to cope with the crisis than neighbouring countries. Peru closed both its borders and heavily restricted internal travel on March 16 – several days before New Zealand followed suit.

Figures on Sunday showed Peru had recorded 1,746 coronavirus cases, with 73 deaths. By contrast, neighbouring Ecuador had 3,465 confirmed cases and 172 deaths – despite having a population only half the size of its southern neighbour.

“The military have been less tough in Ecuador than they have been in Peru…Peru and Ecuador are very similar in a lot of ways, culturally, but the Peruvian government is doing a marvellous job with the coronavirus outbreak and is acting really fast.”

Faring even better is Chile, which has recorded 4,161 cases but only 27 deaths. Like Ecuador, the country also shares a border with Peru.

“In Chile, their strategy has been a little bit different, they have a better health system in place just because it is an OECD country and they’ve been doing a lot of testing…their ability to cope with sickness, emergency cases is going to be a lot better than Peru, Ecuador, Bolivia.”

Kent says that landlocked Bolivia, the poorest country in South America in terms of GDP per capita, has been fortunate to avoid the worst of the Covid-19 pandemic so far – something she puts down to less interaction with the outside world. Bolivia on Sunday had recorded 157 confirmed coronavirus cases, with 10 deaths.

“Bolivia doesn’t have many people going overseas or people coming into the country, so their country is pretty low at the moment. However, it is also the poorest country so if they did have a widespread outbreak, they wouldn’t be able to handle it very well at all.”

Kent believes there is a strong class dimension to the coronavirus in Latin America.

“The first case of coronavirus in Peru was from a 25-year-old who’d just come back from his European travels. Three or four days later there were 11 cases of coronavirus, seven of which were attributed to his case.

“I think the worst part is that a lot of the poorer people don’t have the privilege of travelling, so they have taken no part in the outbreak and haven’t experienced what it’s like outside their own country. All of a sudden, these tough measures are coming down upon them and they’re not able to feed their families.

“The regions most popular with tourists like Cusco with Machu Picchu, Arequipa, Piura, Lima obviously – they have the highest number of cases of coronavirus. There’s quite a large correlation with tourists and coronavirus.”

Nikita Kent says that the Peruvian government has introduced strict stay-at-home rules to try and stop the spread of the virus, including a night-time curfew.

“The curfew is from 6pm to about 5 in the morning for most regions. And in regions which have been ‘disobedient’, according to the President, they’ve actually made the curfew from 4pm to 5am.

But Kent says that the new rules, which are rigidly enforced by the military, have been accompanied by welfare payouts to Peru’s poorest – a first for the country. The average monthly salary in Peru is around $US500, according to Peruvian government statistics.

“The government of Peru has announced a package, about $US26b, that is directed to the poorest of the poor. There are three instalments, the first one has been released for families. They get about 380 soles for the first 15 days and then another 380 soles. That’s about $US100 for 15 days, per family. That isn’t a lot, I’m not sure how that’s going to cover things like rent, but it will be enough for food.”

Nikita Kent says that the Peruvian military have been firm in their enforcement of the mandatory quarantine, detaining around 30,000 people for breaking the rules

“It might seem a bit extreme for New Zealanders to hear that the military are on the streets with their guns, detaining so many people. But over there people do not really have a choice between going outside and earning some money for their family, or not spreading the virus, especially when the virus really has not been any of their fault, they haven’t travelled, they haven’t gone overseas, they haven’t enjoyed anything like that.

“This is where you see the difference between Peru and Ecuador, because Ecuador’s military has been a lot of softer and this means that people have been disobeying the quarantine rules in Ecuador without any kind of consequence.”

Despite the hardship, Kent thinks that locals are generally accepting of the need for mass self-isolation policies and mass protests against political leaders are, for now, unlikely.

But Nikita Kent, who was living in Chile at the time of mass street protests there in 2019, thinks there is greater potential for unrest in countries in which the situation had already been fraught.

“The countries where there have already been risky political situations, such as Chile, where protests have already been taking place for over five months. I think because there’s so much lack of trust in Sebastián Piñera’s government in Chile, there’s going to be a lot of outcry over how he’s handling it.”

Nikita Kent (Twitter: @NikitaKent1) completed a Bachelor of Science degree in International Relations and Geography at Victoria University of Wellington. Nikita completed the Victoria International Leadership Programme and studied at the Pontificia Universidad Católica de Chile as a Prime Minister’s Scholar to Latin America. Her interests include sustainable development through food agriculture, natural resource conflict and geopolitics in the Asia Pacific region. She participated in the first 2019 Asia Pacific Economic Cooperation meeting in Santiago and recently completed an internship at the United Nations Economic Commission for Latin America and the Caribbean. Nikita is a dual citizen of Peru and New Zealand and is a fluent speaker of Spanish.