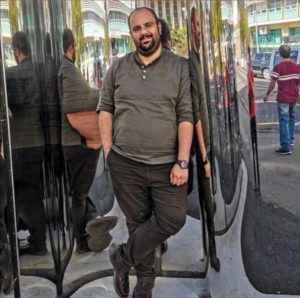 A New Zealand-based academic from Iran says the coronavirus pandemic is unlikely to spark fundamental change in the country.

Iran was one of the first countries outside China to see a major outbreak of the coronavirus. Figures from Johns Hopkins University on Sunday showed there were 35,408 confirmed cases of Covid-19 in the country, with 2,517 deaths, making it one of the worst-affected countries worldwide.

But Sirous Amerian, a doctoral candidate at Massey University’s Centre for Defence and Security Studies, told the Democracy Project podcast that he is pessimistic about any longer-term reforms arising from the Covid-19 outbreak.

Amerian believes that despite the virus being clearly mismanaged, it is unlikely to have a long-term impact on the Iranian regime.

“There have been so many similar instances in the past when a lot of people, including myself at some point, hoped that maybe it would cause the regime if not to fall, to maybe reform itself,” Amerian told the Democracy Project podcast.

“You always hope that at some point that they will pick up on their mistakes…but unfortunately, that hasn’t happened in the past and I’m not really sure that this pandemic would make any difference.”

Amerian says that the crisis has been clearly mismanaged In Iran from the outset, with competing power structures inside Iran’s government only making matters worse. He says a recent backtracking on allowing Médecins Sans Frontières (MSF, or Doctors without Borders) to bring a mobile field hospital and crisis team into the country is just another example of the internal rivalry.

“There are so many parallel organisations doing the same job, it sometimes becomes very difficult to know who you have to talk to….What I’ve been hearing is that the Ministry of Intelligence gave them the go-ahead to establish themselves, but apparently some other parallel organisation said no, we don’t need any foreign help.”

Amerian says that the coronavirus outbreak in Iran has been fundamentally mismanaged and adds that even now, state media is taking “great joy in announcing that other countries are doing worse” than Iran in terms of the pandemic.

While Amerian believes that the outbreak, which started in the holy city of Qom, 125 km south of Tehran, could have been slowed had action been taken sooner, he considers that the window of opportunity has now probably closed and that the pandemic will get worse before it gets better.

“I don’t think it can be stopped now. There are so many cases in different cities. It’s kind of everywhere now…I think they lost a golden ticket to stop it early on and they just didn’t do it.”

“[The outbreak] happened around the same time as Nowruz, Iranian New Year, and that’s when a lot of people visit their family members, visit their extended families and usually travel to other parts of the country. Nowruz was about 20-25 days after the first outbreak. They had a good amount of time to stop it, to put a quarantine in place, use a bit of military power, use the police to stop people commuting and going to different places. But unfortunately, that didn’t happen.”

But Amerian says that in the long term, New Zealand does have a role to play in Iran’s future, given the long-standing relationship between the two countries. New Zealand has maintained an embassy in Tehran since 1975.

“New Zealand has been one of those countries that has a really good image in Iran, because it’s one of those countries alongside Australia that has managed to maintain its diplomatic posts in Iran… The Brits have been coming and going, the Canadians withdrew in the time of [Stephen] Harper and then we all know about the Americans. So it’s always been New Zealand and Australia that have been in Iran and I think that’s a good thing for them.”

For background, see also Sirous Amerian’s 2018 articles for the Atlantic Council (‘The Revolution That Didn’t Happen in Iran and the Reforms That Should’ and ‘US Asian Allies Should Take a More Active Role in Preserving the Iran Deal’) and his November 2019 article for the Asia Times (‘Perfect economic storm fuels new protests in Iran’).